ManeJon said:
Strikes me that this is really a mistake/problem for Spectrum. As we read here and elsewhere when people are forced off their TIVO boxes they will probably drop Spectrum and go to streaming. I would think Spectrum would like to encourage TIVO and its users to continue the service - raise price of cablecard or charge TIVO a fee but keep its customers . But who knows
Click to expand...

Spectrum has said that TiVo using customers are less than 3% of all their subscribers. Not a terrific incentive to keep it going for them.

charlesjbiller said:
Interesting. It looks like politics may have gotten involved in 2020 when FTC dismantled rules that required cable companies to support CableCARD.
Click to expand...

The cableco lobbyists convinced the FTC and FCC that streaming services had become so widespread and easily available that there isn't a section of the U.S. where cablecos could any longer be considered a monopoly. The monopoly aspect was what allowed TiVo's lobbyists to originally convince the FTC/FCC that there had to be a system in place to allow non cableco owned equipment to connect to their encrypted service, and the cable card was born.

The new ruling means they no longer have to allow outside hardware to connect to their encrypted feed. They also pointed out that cable card customers who used things like TiVos were less than 3% of their clients.

In the end, it could take years for the transition. I'm kinda grateful that the end of cable cards was not announced with a 30 day end of life warning. Gives people time to consider their alternatives. I love my TiVo setup, have had one for about 20 years now, but will not be sad to no longer have to deal with the Tuning Adapter insanity, the constant source of irritation that it is.

You talk like it's available nationwide everywhere. It is not.

I live in a major American city, in an upscale neighborhood, less than three miles from the heart of a famous district, and the projected fiber rollout in this area is the 12th of Never.

If Spectrum shuts down cable cards, my current 200/10 service is more than good enough to accommodate streaming 4K on several sets simultaneously.

cwoody222 said:
I was replying to the poster who said they were considering switching to Fios.
Click to expand...

CopRock said:
Mind if I ask what the setup is like, does it require a TA? How as the Cable Card setup? Is the coax connected directly to the TiVo only, can a splitter be used to direct connect to the TV as if was a clear QAM signal?
Click to expand...

The signal is encrypted as all digital cable signals are. The TV would see nothing.

MANY years ago, I had a JVC DiLA HD set that had a cable card slot. I got one from Spectrum, and it worked great. Those were early days (like about 18 years ago).

ncbill said:
Well, as soon as I get the email I'll be using it to tell the spousal unit that we're dropping our $200/month triple-play.

I've been testing T-Mobile's Home Internet...it's faster & cheaper ($50/month, no fees/taxes for broadband in my state)

Will setup the Ooma Telo Air I just got & forward my Spectrum VOIP number to it to test Ooma, then port out to Ooma if it works OK...will be under $20/month for Ooma Premier service, including all fees/taxes.

I've got a nice amplified antenna to install outside for my base Roamio...just re-run Guided Setup for OTA.

Any cable shows I want I can just sign up & use their streaming app for a month or two.
Click to expand...

TiVo owners are less than 3% of Spectrum's clients. I just don't see them shaking in their boots over losing some of them. I bet more than a few will opt for the "One year of FREE! cablebox service for people using cable cards before they stopped working!"

I'll be sad to lose TiVo after 20 years, but things change.

NashGuy said:
What you want is a streaming cable TV service. That might be from Charter -- they offer it via the Spectrum TV app -- or it might be YouTube TV, DirecTV Stream, Hulu with Live TV, Fubo TV, Sling, Philo, or FrndlyTV. Be aware that only Spectrum TV, YouTube TV, DirecTV Stream and Hulu with Live TV include major local stations, so you'd probably need to supplement the latter four with an OTA antenna if you went with them. To help you choose between them, try the website linked below. Type in your zip code, then pick the local and national channels that you mainly care about and it will show you your various options and their prices. 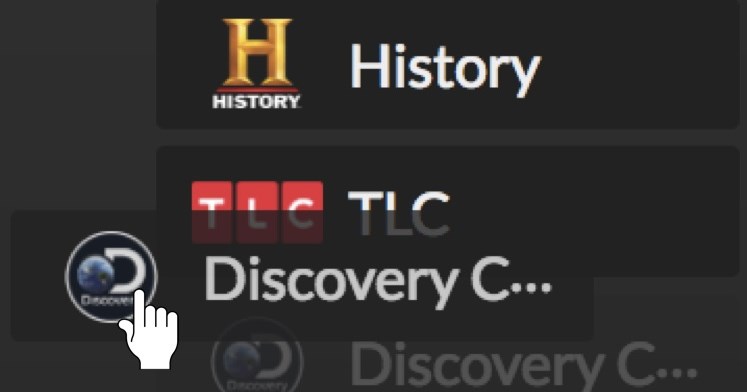 Suppose... you could design your perfect TV service

Suppose lets you select your favorite TV channels, searches billions of combinations of cable, satellite and streaming TV services, and finds the best for you.

That's a handy site. I wish they had locked to top column designators so I didn't have to constantly scroll back up to see which service I was looking at, but in general well done. Thanks.

I've been looking at YTTV, and notice that the CW network where I get my morning local news is listed as VOD only. That means no live streaming of their content, I assume. Almost no streaming services offer the CW as a live feed, I noticed.

Joined Jul 4, 2007
·
1,055 Posts
When considering alternative devices, before making a decision people should try to live through a few AndroidTV app updates to see how remarkably poorly they are written - something basic almost always breaks, whether it's HDR or ATMOS or DolbyDigital 5.1 support or in the case of, say, HBOMAX how the app won't even load, and if does, how often it crashes. Maybe one out of four releases of that app are stable. It was three years, three years before the Paramount+ app on AndroidTV had 5.1 channel audio. My AppleTV4K app for that service had it from the beginning.

I own a Sony OLED and the Shield Pro, and they are the second and third AndroidTV based devices I've owned, and the pattern I've described has been going on for several years. Years.

I finally stopped using the Shield and the Sony's internal apps to stream, and settled on the AppleTV 4K (the only piece of Apple gear I own) where the apps exhibit none of that nonsense. I now use the Shield strictly as a Plex Server/Client, where it does a great job.

I don't know if the AndroidTV apps issue is the underlying OS, or an incomplete API released to devs, or that the writing of the apps has been delegated to someone's incompetent nephew, and I don't care. People on the AVSFORUMS site have taken to keeping apps that work on their computers and rolling back bad updates by sideloading the older app.

No matter your opinion, that's never a good sign.

NashGuy said:
I have the latest Apple TV 4K. It's expensive but worth it. There's simply no better TV streaming device, IMO. That said, my parents haven't seen the sort of problems with Android TV that you describe on their little Onn 4K boxes in the past 6 months they've used them regularly. But then they only use a few apps (mainly YTTV) and aren't demanding users. I do agree that some apps devs -- such as HBO Max -- have had a poor track record of updates. Remember when they put out a garbage redesign for their Apple TV app last year? Social media ripped them a new one and they got it fixed in a few days, ha!
Click to expand...

Wanted to thank you for your excellent detailed easy to understand posts. You clearly take the time to make them very readable and accurate.

As you know, a good informative post can take hours to compose, and I appreciate the effort.

jastavoss said:
Also, what type of remote contol is used? The Tivo remote is the best, and they never wear out.
Click to expand...

I love the remote, but the newer ones tend to develop keybounce. Nothing like pressing PageDown in the guide and seeing two or three screens of guide shoot by...

NashGuy said:
Ah, but have you tried fast scrolling with a flick of the thumb across the Apple TV's touchpad button? That's pretty nice too.
Click to expand...

I've tried very hard to like the ATV4K's remotes (I have two each of the 1st and 2nd gen), but it's not my style. I like remotes with buttons that do things, not touchpads so much.

I understand the ATV4K can learn 'other' remotes. I have a TiVo setup here, but I also have one of the older TiVo remotes that had a slide switch to select a 'second' TiVo to control, and I'm going to see if I can find it and teach the ATV4K to respond to it without triggering the TiVo.