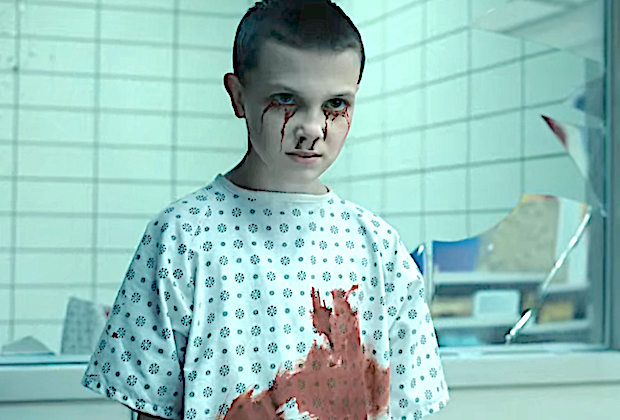 NJChris said:
How ridiculous that a high school kid can rile up a town into a cult frenzy about the devil and ridiculous talk about the D&D group. It just could have been left out.
Click to expand...

Apparently you never lived in the town I grew up in. I got stories.

It was nice to see Barb again, tho. NEVER FORGET!
Click to expand...

Dollars to donuts her death is undone by the series finale (or at very least she's a ghost and they get to say cute goodbyes).

Rob Helmerichs said:
Maybe they're not setting up the end of this season, but rather the end of the series in Season 5..? So a little bang in the final two episodes this year to set up the big bang next season...
Click to expand...

The producers have said as much, that Season 4 is a giant setup for Season 5.

DevdogAZ said:
Yeah, kind of crazy and coincidental that Harbour plays two different characters in two different properties within the span of a year that has to break out of a secret Soviet Siberian gulag.
Click to expand...

He "spoiled" MCU with the producers of Stranger Things for that very reason. Basically he gave them details of what the gulag in Black Widow so the one in Stranger things wouldn't look too similar. They also changed his look in Stranger Things to differentiate the two.

Though sworn to secrecy, Stranger Things' David Harbour had a great reason to share Black Widow spoilers with two people. Here’s why Disney and Netflix will be thanking him later.

madscientist said:
Hey, that's the 80's for you! Those were hard times, back then.
Click to expand...

bryhamm said:
Keep in mind that this show takes place in the 80s. So while they might have been a bit overdone, those cliques very much existing during those times.
Click to expand...

I was just going to say that. The cliques you see in this show, which are the cliche cliques from Fast Times At Ridgemont High. And we also had "Cowboy" which was where all the red necks (strung together TCF *'s it out btw) hung out, chewed tobacco, and talked monster trucks.

Steveknj said:
Also if your recall, during the 80s that was a HUGE thing. Lots of rock music demonized as demonic, cultist music, folks playing D&D were thought of similarly. So the story line for a seemingliy strraight laced jock (in his mind) looking at the "freaky looking D&D playing kid" as satanic is straight out of the 80s. I just thought they could have used a different way to get to the ultimate payoff, but the more I think about it, the more I'm OK with it.
Click to expand...

I think people who were unaware of it or didn't think it was a big deal weren't in the midst of it (like being a church youth group member for example). It was HUGE.


cheesesteak said:
I played D&D in college in the early 80s and nobody I knew or any story I read ever associated it with evil. It was a nerd game that the cool kids made fun of us for playing but probably secretly wished they played.
Click to expand...

Again, you weren't in the midst of it.

First, let me introduce you to a movie called Mazes & Monsters, based on a book that quite a few years later turned out to be complete fabrication. It was Tom Hanks's first starring role, and also had Chris Makepeace. The movie was anti-AD&D propaganda, designed to stop teens from playing such evil, satanic games.

When I was 16 I moved from one town to another, with a new school, new friends, etc. The only group I fit in with anywhere were misfits, but here I wasn't even part of the nerds, I hung with the metal head D&D players. Not in person at that point, just at school during breaks and lunch.

They asked me to play AD&D, and I was like oh yeah, that sounds great but you know my mom wouldn't like it. They kept pressuring me, pressuring me (yes, I was peer pressured not for drugs, but to play AD&D). Finally I said ok, I'll prove it to these guys, and brought a portable tape recorder with me to have a talk with my mom.

I then proceeded to record an epic tirade for the ages. While she was cooking dinner I asked the simple question: mom, would it be ok if I played AD&D? She went on for probably 10 minutes about how I knew it was evil and how could I even entertain the thought of doing something against the Bible.

My friends laughed at my weirdo mother, but that wasn't the end of it. They brought in a traveling evangelist to give us a 2-hour presentation on how much Satanism was in the world and we have to avoid it, detailing how secular music, movies, games, video games, and even our friends had a single purpose: making us stray from God.

Just simple rock music was considered evil by some, Christian rock was an abomination. I kid you not.