Paramount+ has some foreign installments such as CA and AUS. They’re… interesting.

And how do I have no clue what The Challenge is if it’s been around 20 seasons?
Click to expand...

Ooh. BBCan2 is really great. Honestly most of the Canadian seasons are good with just a few duds in the mix.

The Challenge started as a competition between Real World and Road Rules, but it’s branched out as neither of its original feeder shows are producing new seasons. (Also it’s 20 years-the next installment is “season 38”).

hummingbird_206 said:
No, I meant a whole new house, not just a remodel. I seemed to recall that they were selling the soundstage where the current house is located and were moving the entire location. But I also could have dreamed that.

OK, I finally googled it and this is what I was remembering. Never heard if they went through with a sale.

'Big Brother': CBS Wants to Sell the Lot for the Show and More

CBS is looking to sell the lot that includes the house for 'Big Brother'. This is everything you need to know about the potential change. 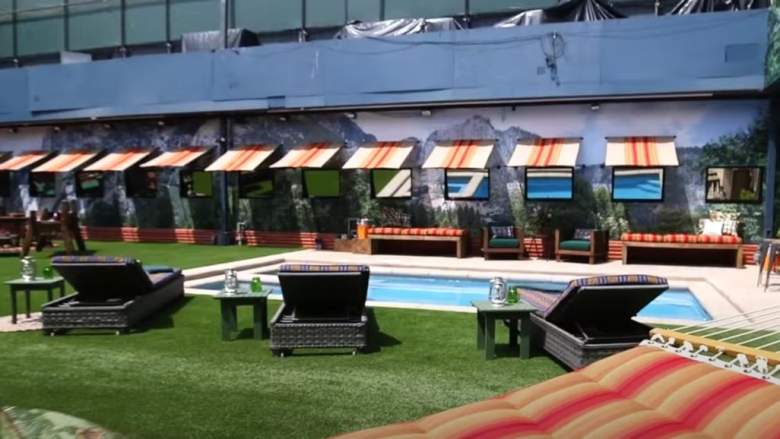 Is the ‘Big Brother’ House for Sale?

Could the "Big Brother" house be moving?

From what I remember, CBS sold the lot, but still leases out the space for Big Brother so no new house, yet.

Joined Jun 13, 2003
·
6,870 Posts
It came up on the new shows thread, but if anyone is watching The Challenge: USA, it’s basically battle of the CBS reality show stars. All of the players are from CBS shows and have never been on The Challenge.

If anyone is curious about the regular version of The Challenge on MTV, it has had several CBS reality contestants including several from Big Brother. It started with Natalie N (bb18) and Victor (bb18). Victor was a dud, but Natalie did 3 seasons and was joined by Dayvonne (bb18/2 seasons)) & Paulie (bb18/3 seasons). Lolo, Josea, Liz, Julia, Morgan, Bayleigh, & Swaggy each did a season. The current BB group is made of Amber B (BB16/2seasons), Fessy(bb20/3 seasons), Josh(bb19/5 seasons), & KayCee (bb20/3 seasons) with Tommy & Analyse making their debut in Season 38.

Steveknj said:
The funny thing is, for me, once these people are off their show, I couldn't care less about them. I never liked the Amazing Race episodes the featured former CBS reality starts. In fact having to watch Rachel Riley whine her way through ANOTHER reality show was offputting to say the least. I get that some have become D list celbebrities away from their show and for the twitter and FB crowd they have a ton of followers. But that wouldn't be me. But I'm like that with most celebrities anyway. I couldn't care less about Ben and Jenn, or other such nonsense.
Click to expand...

I’m guessing that you won’t be tuning into Snake in the Grass on USA. One episode features Rachel and Janelle, along with Cirie and Stephanie from Survivor, lol.

I don’t follow any of them on social media, but I don’t mind if they show up elsewhere. (As long as it keeps them off BB) 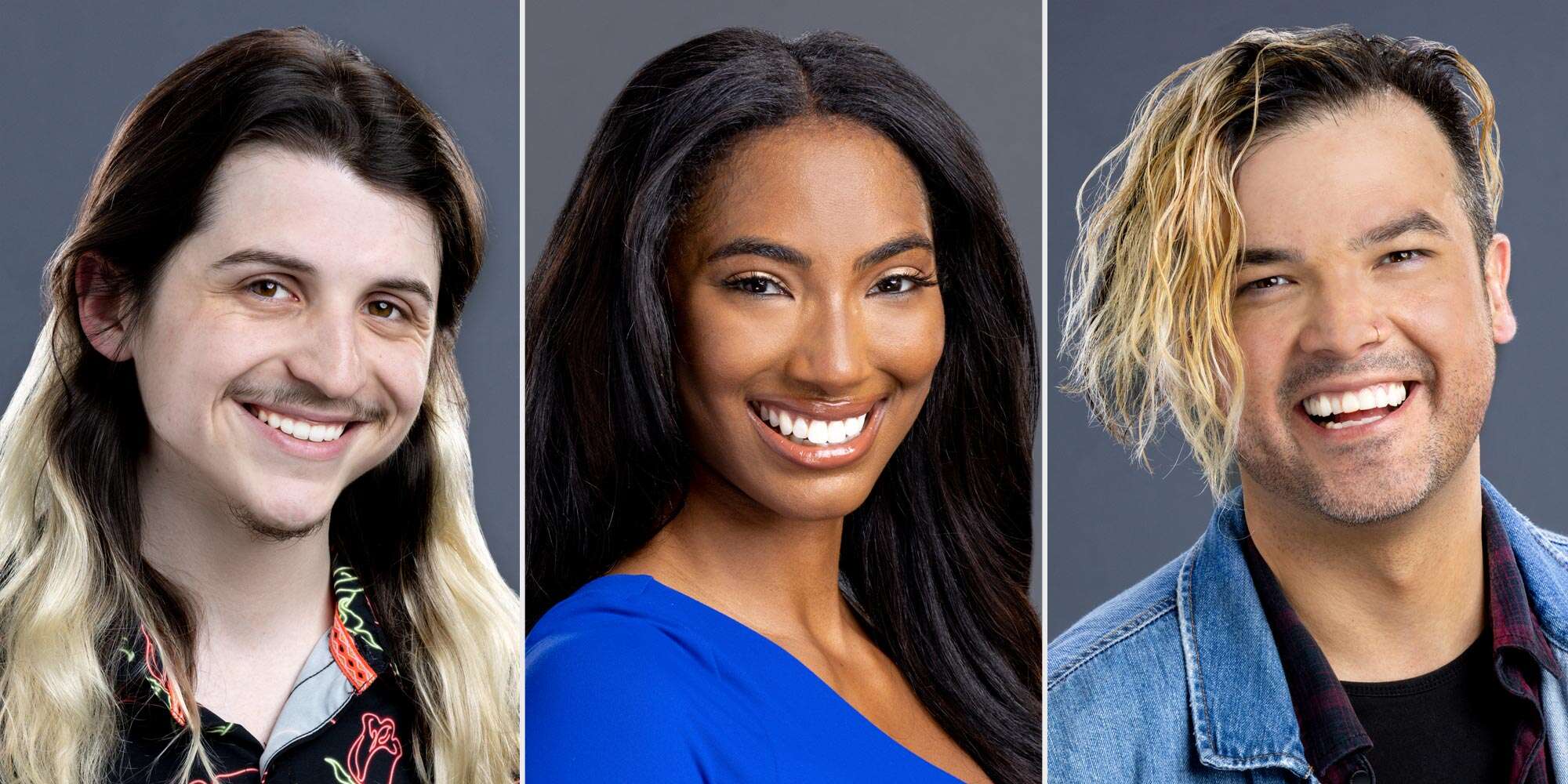 A hypnotherapist, a thrift store owner, and a Vegas performer are among the folks who voluntarily agreed to be locked away in a house for the summer so we could watch their every move on 'Big Brother.'

The Have Not boys are all hanging out together and with the HOH as well. Indy also seems to be keeping track of the HOH. She pops in and out to check on the girls, but she’s definitely tracking who Daniel talks to.

Joined Jun 13, 2003
·
6,870 Posts
Poochie hit the ground running and seems to be trying to firm up something, but Paloma is in overdrive setting up an 8-person alliance.

Joined Jun 13, 2003
·
6,870 Posts
Paloma & Alyssa are bringing it with the scheming and planning on night 1. They want Nicole, Monte, Kyle, Pooch, & Jasmine in their alliance with Jasmine being expendable. They do not like Taylor, but they want her to get in a showmance so they have a reason to target her.

NorthAlabama said:
yeah, i heard that convo, but couldn't figure out who was talking - i'm still trying to figure out who is who - one thing is certain, brittany is not well liked, i'm thinking she'll be short lived.
Click to expand...

Paloma does most of the talking for the duo, but they actually look sort of similar and are wearing the same shirt so it can be difficult. Brittany is almost a lock to get America’s Vote for safety this week.

dthmj said:
Well... the live feeds are boring.... everyone is asleep. Wake up people and entertain me!!!!
Click to expand...

I went to bed around 7am Eastern and only a few were showing signs of getting tired.

Joined Jun 13, 2003
·
6,870 Posts
BB left the dishwasher from the celeb version but disabled the wash option so it can only be used to dry dishes, lol.

hummingbird_206 said:
RHAP draft is about to start.

Anyone going to play the RHAP stockwatch? I have listened to the weekly ratings but the most recent celebrity season was the first time I played. I thought it was fun. Not open yet but if anyone is interested Stockwatch
Click to expand...

I’ll try it out. I like the picks game at Joker’s, but I always end up missing a few weeks and giving up.

* No, she doesn’t have any actual power. She can’t compete or even vote and might be in danger.

edit: also I just threw a few votes her way. The website asks for an e-mail to sign in, but there’s no password or confirmation so I guess we can vote as much as we want if we just makeup fake e-mail addresses.

Joined Jun 13, 2003
·
6,870 Posts
I feel for Taylor, but she didn’t make a good first impression with very many houseguests. Now, we just have to wait until Thursday to see the twist.

And Monte told Ameerah about Oasis so I guess that’s not lasting.

Joined Jun 13, 2003
·
6,870 Posts
I can almost hear the announcer after nominations, “Will the houseguests stick to their plan and vote out the pageant queen or will they decide to mix things up and screw the Pooch?”

Joined Jun 13, 2003
·
6,870 Posts
BBBestiesFest is this week. The houseguests are in pairs, and so the HOH will nominate one pair. Turner is the HOH and wants to go after whoever initiated the flip on Pooch.